Components of a photovoltaic installation

What components do you need to start using solar energy?

A self-consumption photovoltaic installation is more than just a few solar panels on the roof of your house.  It contains few components but of high technical sophistication, such as the photovoltaic panels themselves, the solar inverters, batteries or the monitoring system; and others a little simpler such as the supports, optimizers, the bidirectional counter and the rest of the small components (wiring, protection and fixing systems, etc.).

Making a good selection of the elements in terms of quality, performance, guarantee and price is key to a good installation. In this article we explain what each of these components consists of and what their function is in the installation. 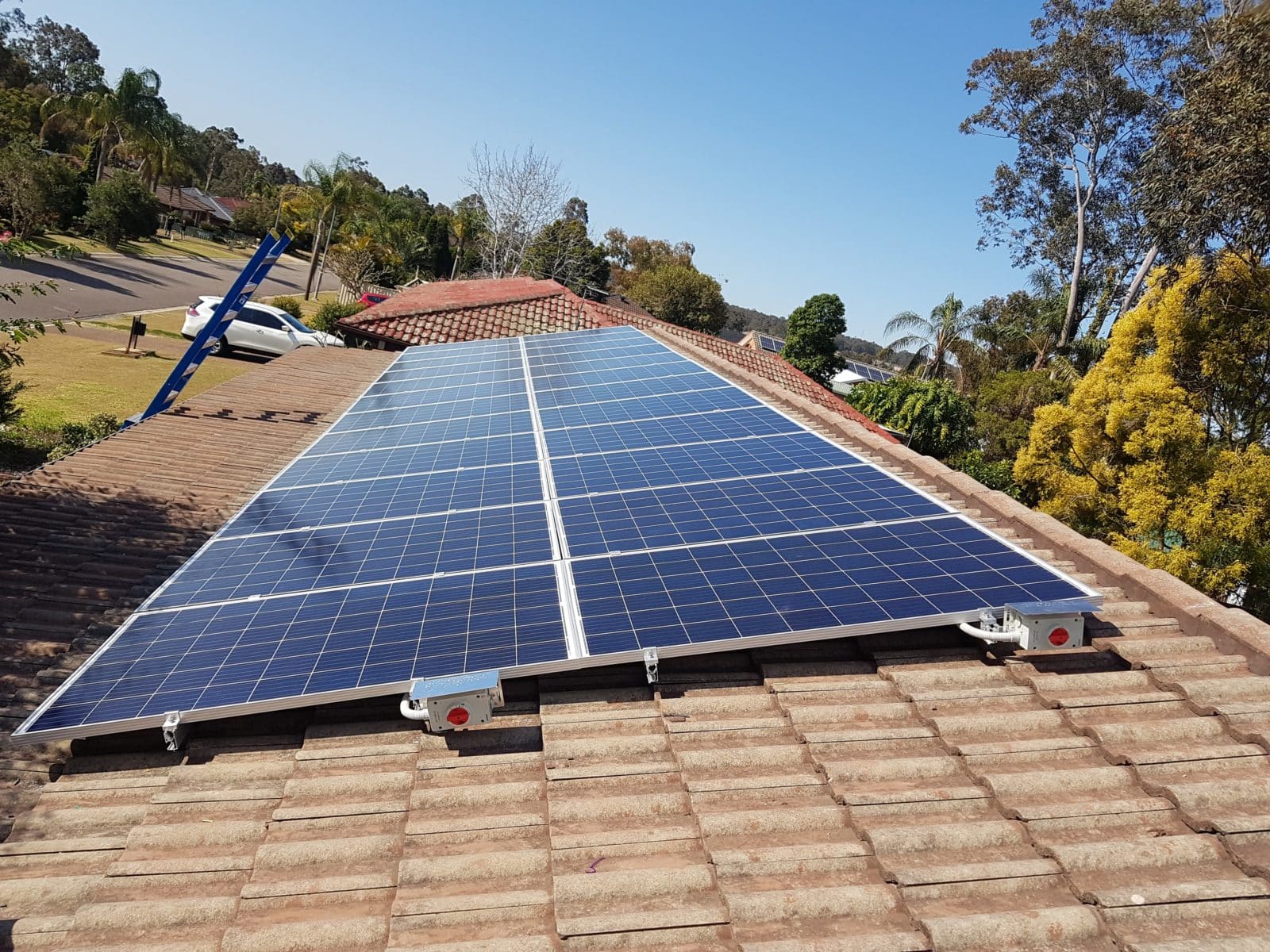 The power of a solar panel is not the only factor to take into account, its efficiency and guarantee of long-term performance must also be considered. For this reason, a lower power module can offer better performance than a higher power one if these two parameters are higher, since it can generate more energy in less surface area and its production will be less affected over the years.

Other factors external to the panel that will affect its energy generation are solar radiation (which in turn depends on the geographical location), the orientation and inclination of the roof and the possible shadows projected by elements such as chimneys or towers for example.

It is in charge of adapting the direct current that is generated in the solar panels, or that is stored in the battery, depending on the configuration of the system, to alternating current, which is the one used by the electrical equipment of the home or business.

The inverters also store information on photovoltaic production, grid consumption and general state of the installation, being responsible for monitoring all this information. That is why it is such an important component.

There are different types of solar inverters and different ways of installing them, from micro inverters to chain inverters or smart modules that link inverter and optimizers. The choice of one or the other depends a lot on the characteristics of the cover and the type of consumption that is going to be done, so it is essential to have qualified and trusted professionals who can advise you.

Power optimizers are components located between the set of photovoltaic modules and the inverter, whose objective is to improve the performance of the installation by making each module operate at its maximum power point.

When a panel of a branch or string of modules (set of panels connected in series) has a lower performance than the others, whether due to factory defects, shadows or other circumstances, the rest of the modules will operate at the same power as said panel, drastically reducing the overall performance of the installation.

One of the simplest ways to avoid this problem is by installing optimizers, to which each panel (or pair of panels in large installations) is connected, making each one operate independently of the rest.

Another way to overcome this drawback is by using micro inverters, a more expensive option but at the same time more flexible, allowing the number of panels in the installation to be expanded without limitations.

Both solutions also allow better monitoring of the panels, facilitating fault detection. These components are usually attached to the rear of the panel. It should be clarified that its use is optional unless the investor requires its use

This component is responsible for fixing the panels to the ground or roof, there are two types:

In self-consumption facilities disconnected from the Electricity Grid, it is in charge of storing photovoltaic production for later use. It should be noted that the use of smart batteries makes installation highly expensive and delays the payback period of the investment to about 10 years. However, these systems provide important advantages, such as allowing the continuity of the electricity supply at all times and greater freedom, since you will not have to be connected to the general grid and you will be able to make the most of your photovoltaic production.

There are also photovoltaic installations connected to the Electric Grid that use batteries to improve the efficiency of their installation or because their consumption is mainly at night. For electric car users it is essential if they want to charge the car overnight.

By Kool Me March 31, 2021
Drug testing has become commonplace in many companies in the world today. It is still a matter of great importance in many work situations and can be of great help when it comes to knowing what to hire. Here are some of the top benefits of workplace drug testing. Safety Routine workplace drug testing promotes workplace safety and reduces the amount of drug use in the workplace. Employees working under the influence cause an increase in the number of accidents and injuries that occur on the job. This fact remains especially true when the workplace requires the use of heavy machinery and tools. The government reports that more than half of accidents that occur in the workplace occur due to drug or alcohol use by employees. Employees who use drugs on the job are also five times more likely to file a workers' compensation claim, which becomes costly for their business. Reduce abuse Drug use within the workplace is on increasing state. If an organization doesn't require ro
Post a Comment
Read more